Not sure if you knew this or not but Justin Beiber has been in the news a lot lately. From his antics in Miami (DUI, resisting arrest, and invalid license) to his assault against a limo driver in Toronto and now news that he was abusive and smoking marijuana on a flight arriving in New Jersey for the Super Bowl. He has been anything but the role model that many have made him to be over the last few years. 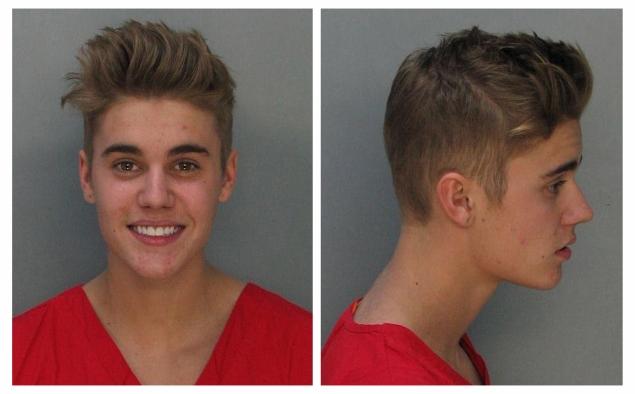 It makes me sad, but not for the reason’s you might at first suspect.

I remember having a discussion several years ago with a parent who raved about the values that both Miley Cyrus and Justin Beiber displayed in their life, most notably their desire to honor God and waiting to have sex. They professed it on camera and in books. The media grabbed a hold of this and, in the case of Miley, Disney flaunted her virginity and good values to parents.

Those values seem to be no longer as important as they once might have been…but it is not surprising.

My response at that time and now is the same. We need to be praying for those we try to place on a pedestal, like Justin Beiber. Especially if they are young celebrities that we’ve allowed our sons and daughters to emulate or, at the very least, watch and listen to. Why? Because these individuals have been given so much power. Tons of money at a young age. It doesn’t matter what your roots are, the older you get, the more money you make, the harder it is to stay true to the place you began. Showbiz has a way of pushing parents of these young children to the side and bringing in others to become their “family.” Eventually this new “family” becomes the authority and the machine that is needed to move a child star into adulthood. Among other things, they use their sexuality to help a growing fan base grow with them. It makes sense and we’ve seen this with people like Britney Spears and Justin Timberlake. It is no surprise that we are now seeing Justin Beiber and Miley Cyrus doing the same thing but amplified to fit into the ever grown hyper sexualized culture we live in. Miley even admits as much here!

Christians have contributed to the celebrity focused culture.

Often times we try to find that one example that we can give to our children. Just one! When we find someone that fits the mold and says the same things we say, we think finally!

This is a terrible dynamic. It is bad for the people we venerate because they then feel the stress of keeping a certain reputation, which, as we are seeing, can take a devastating toll. It is bad for the Christian because we end up putting too much trust in that person and so our faith is shattered when it doesn’t go the way we all hoped for and anticipated. So what happens when we’ve taught our kids to compare their lives with a celebrity? I think we can all take a guess. Instead of them looking to something or someone that is life-giving, we’ve given them a model of life that is anything but fulfilling.

It seems that Justin’s mother would agree with some of my earlier sentiment about prayer. I applaud her response. Pattie Mallete, Justin Beiber’s mother, recently stated in The Sun, “the world of showbiz is a dark place, and struggling young celebs need our prayers and not our judgement.” She goes on, “I think so many people go into the entertainment industry with amazing Christian roots and they get influenced somehow. I ask that people keep me and Justin in their minds. I pray for him every day. If Justin’s struggling, don’t kick him when he’s down or condemn him – pray for him.”

I am always careful to avoid pointing out individuals as examples for us to be like. I’ve always believed it is dangerous to create and follow the Christian celebrity or those celebs that seem to have it all together. Who are we teaching our youth to follow?

It would be better served in the future for us not to lift the celebrity above the source of true life, Jesus Christ. Over and over again we read about life in Christ. Yet, we so often put our hope in a model that is only 14, 15 or 16 years old, only to become devastated when they don’t live up to our expectations. How quickly we turn to name calling, condemning remarks, and speaking horrible things that we would have never said just a few months earlier.

It doesn’t have to be that way.

Last week I came across the video below from Craig Ferguson. He talks about why he was not going to joke about another young pop star’s problems. Ferguson, an alcoholic, spoke from the heart about how he was feeling “uncomfortable about making fun of these people” – troubled stars such as Britany Spears. It is an older clip but it reminded me of the current situation with Justin Beiber. And I think I am going to do what I’ve always said I would do and what Justin’s mother says we should do for her son…pray!

Just over 20 years ago I went in search for an internship in advertising. I picked up the phone book (yes, those were still used then) and went from A to Z calling each agency. Thankfully my searching stopped at the letter Q for QUINN. God blessed me with 6 wonderful years with this agency! @bonniequinnclausen and Jerry are two of the most dedicated, hardest working, ethical, and trustworthy people I know. These are characteristics I continue to strive to bring into my own life today. Last night I got to participate in a celebration marking the 50th anniversary of this awesome agency and Jerry’s 80th Birthday. Such a legacy!! And let me just say this - 50 years of doing anything is simply amazing but 50 years in advertising (and doing it with integrity) is unheard of in this day and age. It was an honor to celebrate these wonderful achievements surrounded by their clients, friends, and family!