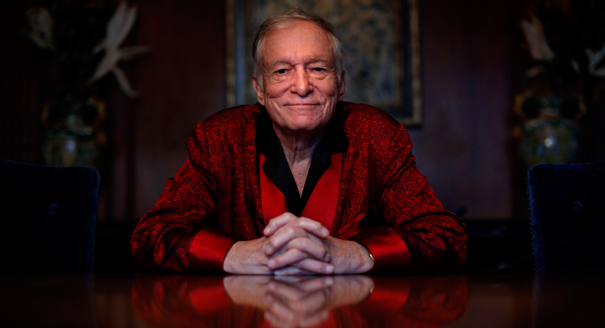 Last week Playboy announced that it would no longer show nude photos of women. Apparently nude no longer sells.

And that is a big deal. Why? Because in our sex-craved culture, nude is not enough!

I’ve heard some rejoicing for this decision and I can understand why. These voices believe Playboy disappearing means the demand for pornographic magazines is changing. In some ways they may be right, but not for the reasons we might think.

As our culture continues to be exposed to more graphic and salacious images, Playboy just doesn’t fit the script any longer. What we are now exposed to on a daily basis is the same or worse than what just a decade ago people were hiding under our beds, away from the eyes of parents. We now live in a 24/7 porn-saturated culture. Whatever your passions could possibly desire we can now find online instantly.

Playboy themselves acknowledged this fact by admitting they have been overtaken by the changes the magazine itself brought to mainstream culture. “That battle has been fought and won,” said Scott Flanders, the company’s chief executive. “You’re now one click away from every sex act imaginable for free. And so it’s just passé at this juncture.”

Sadly, he is right. They have won and are winning.

In fact, Playboy reported an increase in online readership when they choose to remove nudity from their website last August. As a result the average age of Playboy’s reader dropped from 47 to just over 30, and its web traffic jumped from four million users per month to 16 million per month.

We are so over stimulated with pornographic images that when we are asked to use our imaginations once more, the rush and excitement feels new again.

Research is showing we are becoming more and more radical in our pornographic addictions. At some point our brain becomes numb to raw, little-left-to-the-imagination images. Playboy has figured this out and wants to once more entice an audience by showing less skin, leaving the reader to use their imagination once again.

We must be bold, in the church and outside of it, because if we don’t we are going to lose some great opportunities to bring light into the darkness of so many stories. The church, better than anyone, has the ability through the work of the Holy Spirit to spark the imagination of the human brain as it relates to sex in powerful and new ways.

While Playboy is adapting to show less skin, we need to be more raw, open, and transparent in our conversations about pornography and sexuality. In order to heal, we need to expose our struggles in ways we might not have ever thought necessary (or possible) a few short years ago. It is only through bringing our own weaknesses to light that we fight off the darkness.

We can be the ones winning, if we only start the conversation.